A Visit to Gratz, PA

Yesterday my son Rob had a doctor's appointment in the nearby town of Gratz. I went along with him and we found some things for an ancestor of my children. 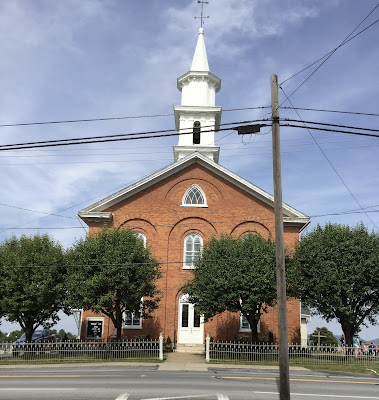 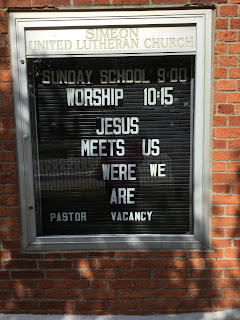 I knew about Leonard Reedy, he is the 4th great grandfather of my first husband. So he is the 5th great grandfather. Leonard served in the War of 1812 and he was a gunsmith. I knew there is an Historical Marker in Gratz for Leonard. I had the photo that someone else had put on Ancestry and I really wanted to get my own photo for my tree. So I said to my son that after he was done with the doctor we should look for it. When we pulled into the parking lot he asked me to put up the photo on my iPad, we looked at it and figured it was on the main street. Then he scrolled to the next photo and it was his grave marker. Here right across the street from where we were was a Church with a cemetery. I said that was most likely where he was buried. After the doctor we went over there and found his and his wife's graves, and I took photos of them and found that there was a marker for him being a veteran of the War of 1812. I then took photos of the church sign, corner stone and the church itself. 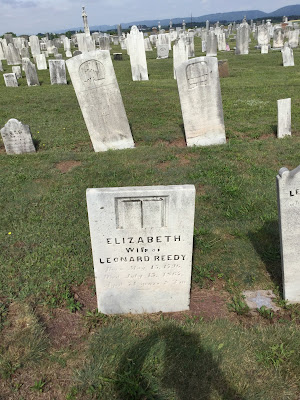 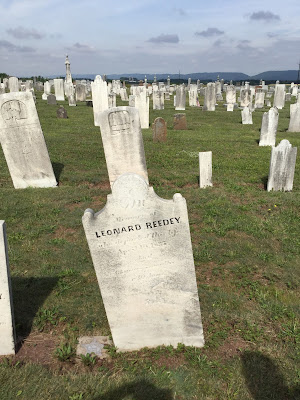 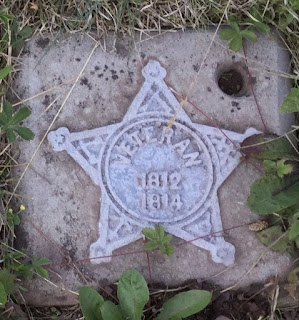 Then we found the Historic Marker. As you can see he was known for being the gunsmith making Pennsylvania Kentucky Rifles. Well I saw as we were pulling away from the curb and taking the photo of the marker that the Gratz Historical Society was right across the street from the marker. That will be a trip for another day. But what we found today was great. 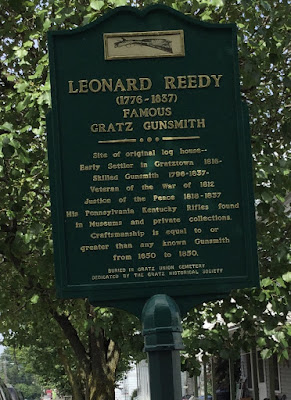 Today I found another birth certificate with my 2nd great grandmother, Mrs. James Fitzpatrick, listed as the mid wife at delivery. I have found her name on a few family members since the PA birth certificates from 1906-1908 became available. This one is for Gertrude Elizabeth McKelvey, my 1st cousin, 2x removed. This is the first one that was not Ellen's grandchild, but she is still family. Her Gertrude's mother was Mary O'Donnell and the sister of Ellen's son in law, my great grandfather, Cornelius O'Donnell.

This photo of Ellen was taken at her son, Thomas Fitzpatrick's studio in Bessemer, AL. His first child was born in 1892 so the theory is that she may have gone down there to deliver his child since she had been doing that with her grandchildren that were in Hazleton where she lived.

In the "History of Luzerne County Pennsylvania with biographical selections" by Henry C. Bradsby, ed. that was published in 1893, I found Ellen's name listed in the "Medical" chapter. The section began with, " The law requiring physicians and accoucheurs to register went into effect in 1881, and the records show the following:" The name Ellen Fitzpatrick appeared near the bottom of the page. 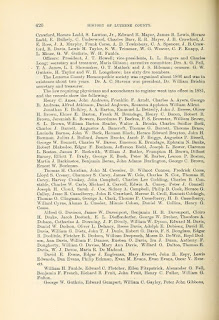 Ellen Tracy Fitzpatrick died in 1911 but I am sure that there a many birth certificates in Hazleton, Luzerne County, PA that have her name on them. I wish I could find someplace that would have records for the mid wives listing the babies they delivered.